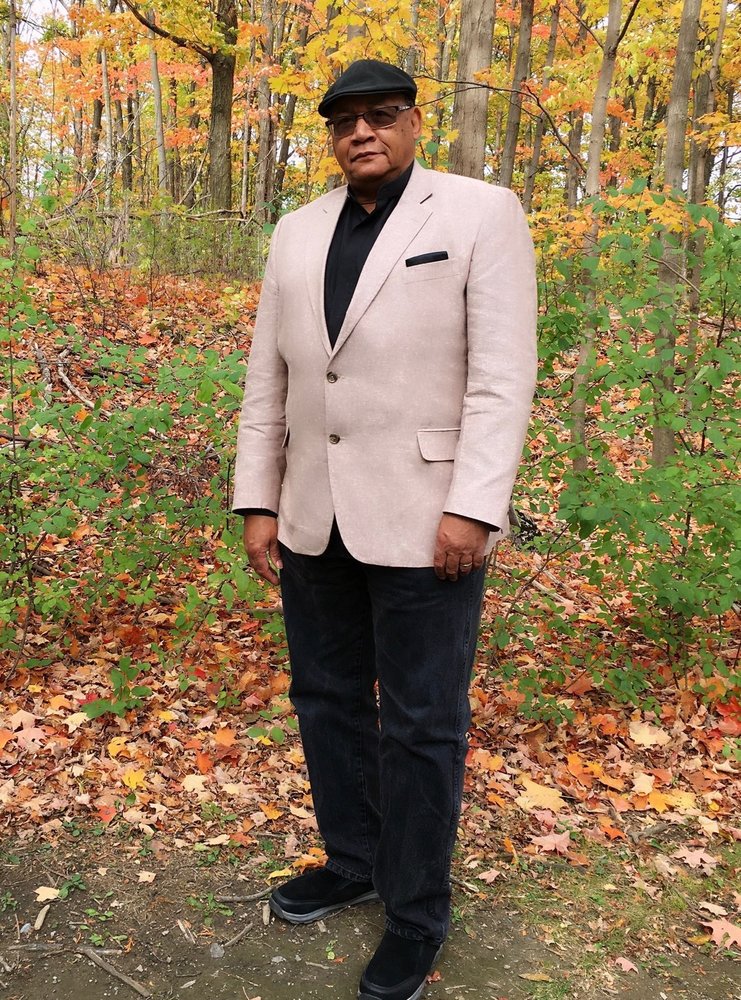 Pastor Eddie M. Holmes, 69, was born November 11, 1950 to Tab and Myra Holmes.  He was a graduate of Onondaga Community College.

At a young age, he felt the calling of God on his life.  He would go to various churches to sing with his mother.  He also joined a group with his brothers and Free Spirit.  The the love story began.  He visited a church where this young lady was.  He knew to get her attention, he had to play something and sing.  It worked!  They fell in love and became husband and wife.  Still feeling God to do more, he founded and became the Pastor of Messiah Vision Ministries.  He helped feed the poor and transported love ones to see their family members in prison.  On his down time, he would gather the children to make up songs to sing at church.  One of the catchy tunes was “Messiah Vision”.

He preached and sang at various churches from Syracuse to Connecticut. Then he became a member of Tucker Missionary Baptist Church.  He was an Associate Minister, joined the 8AM Choir and the Male Chorus.  He also was the Pastor of the Children’s Church.

Health issues happened which slowed him down but didn’t stop his Praise.  Their Love Story became that much stronger when they created “Date Night” and “Date Your Mate”.  They were always together. Their love was real and it showed.  He was her King and she was his Queen.

He was retired, but decided to return to the work force as a security guard at Central Park.

He’s preceded in death by his parents.  Will cherish his precious memories, his Queen, Rhea A. Holmes; children, Eddie Harris of Connecticut, Christopher Mike (Linda), Anika Mike-Williams and Joshua Holmes of Syracuse; siblings, Ollie Faye Hudson, Gwendolyn Etienne, Kenneth Holmes of Connecticut, Mitchell Holmes (Cynthia) of Texas; 9 grandchildren but adored spending time with Ni’Tese, Remedy and wished he could have met baby Holmes; a host of nieces, nephews, family, friends and a sister in law Serena Mike that got on his last nerves. LOL.

To send flowers to the family or plant a tree in memory of Pastor Eddie Holmes, please visit Tribute Store
Print
Wednesday
7
October