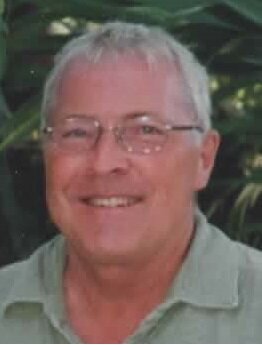 Peter David Christiana of Syracuse, NY passed away peacefully December 9, 2022, at the age of 77.

After growing up in Syracuse, Pete lived in greater Boston, MA for most of his professional career. He was a “numbers guy”, working in Corporate Finance and Investor Relations. He retired from Stratus Computers in 1998.

An avid traveler, Pete explored the world with a quiet curiosity and desire to see new things. He spent the summer of 1962 in Japan as an AFS exchange student. Pete traveled abroad numerous times; most fondly remembering his trips to Ireland and New Zealand. His legendary 1988 RV road-trip of the US lasted over 6 months, and he brought his children out to several locations to explore with him. He loved riding his Harley Davidson, and would frequently take it out to see several New England states within a single day.

After retiring, Pete hiked the Appalachian Trail twice- first as a thru-hiker in 1999 and again in 2002. He loved the trail and enjoyed the camaraderie of fellow hikers, friendships made along the way, and being out in nature. His trail name was “Syracuse Pete”, and he returned several times to re-hike his favorite sections.

Pete had a laid back way of rolling with life’s changes and making the best of things. One of his favorite expressions was “oh well!” He had a wicked sense of humor, devilish grin, huge heart, and loved a good time with family and friends. He was always there when a loved one was in need.

Peter was predeceased by: his parents, John and Margaret Christiana; and his siblings, Lawrence, Thomas, and Katherine. He is survived by: his three children, Dana (Mark) Ryan of Union Springs, NY; Katherine (Daniel) Trickett of Maynard, MA; and John (Kendra) Christiana of Bristol, VT; his grandchildren, Ehran and William Pierce, and Tadhg and Peter Christiana; sister-in-law Joan Christiana; and brother-in-law Hal Gulliksen; four nieces and nephews; dear friends, Douglas Condit and Anne Lloyd; as well as several grand-pets. He will be remembered as a loving father, grandfather, uncle and friend.

Per his request, there will be no calling hours or funeral. Family asks to please consider a donation in Pete’s memory to: the Appalachian Trail Conservancy, via their website at Appalachian Trail

To have a memorial tree planted in an area of need in honor of Pete, please use the Send Flowers link to the left. To light a memorial candle or leave an online condolence for family, visit Pete's Tribute Wall.

To send flowers to the family or plant a tree in memory of Peter Christiana, please visit Tribute Store

A Memorial Tree was planted for Peter
We are deeply sorry for your loss ~ the staff at A. Dewitt Memorial Funeral Home
Join in honoring their life - plant a memorial tree

Share Your Memory of
Peter
Upload Your Memory View All Memories
Be the first to upload a memory!
Share A Memory
Send Flowers
Plant a Tree