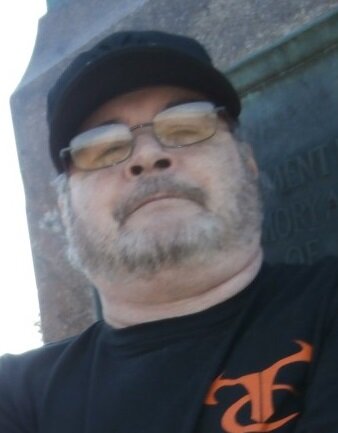 John F. Smith, 63, of Utica passed away unexpectedly on Wednesday, September 1, 2021 at Faxton-St. Luke's Healthcare due to ongoing respiratory illness.

He was born on May 4, 1958 in Syracuse, New York, the son of the late Francis C. Smith and the late Shirley Green Barr.

John worked as a baker for over 35 years in both Syracuse and later in Utica where he had lived for the last 25 years. He began his work as a baker at the A.E. Ross Bakery in Syracuse in the early 1970's and worked for many years at Brighton Bakery in Syracuse before moving to Utica. He worked at the Bagel Grove, Hannaford, Price Chopper, Dunkin Donuts and Daylight Donuts, all in the Utica area before retiring on disability several years ago.

He enjoyed going to Turning Stone Casino in Verona and the Akwesasne Mohawk Casino on the St. Regis reservation where he played bingo, cards and slot machines. He mostly enjoyed the trips that he took with his life partner/wife, Jenifer to the St. Lawrence River area.

He was predeceased by his parents and his brothers, Gary Smith and Kevin Smith.

Calling hours will be held on Tuesday, September 7, from 5-7 PM with a funeral service beginning at 7PM at A. DeWitt Memorial Funeral Home, 4612 S. Salina St., Syracuse.

Online condolences for John's family may be left under his Tribute Wall.

To send flowers to the family or plant a tree in memory of John Smith, please visit Tribute Store

A Memorial Tree was planted for John
We are deeply sorry for your loss ~ the staff at A. Dewitt Memorial Funeral Home
Join in honoring their life - plant a memorial tree