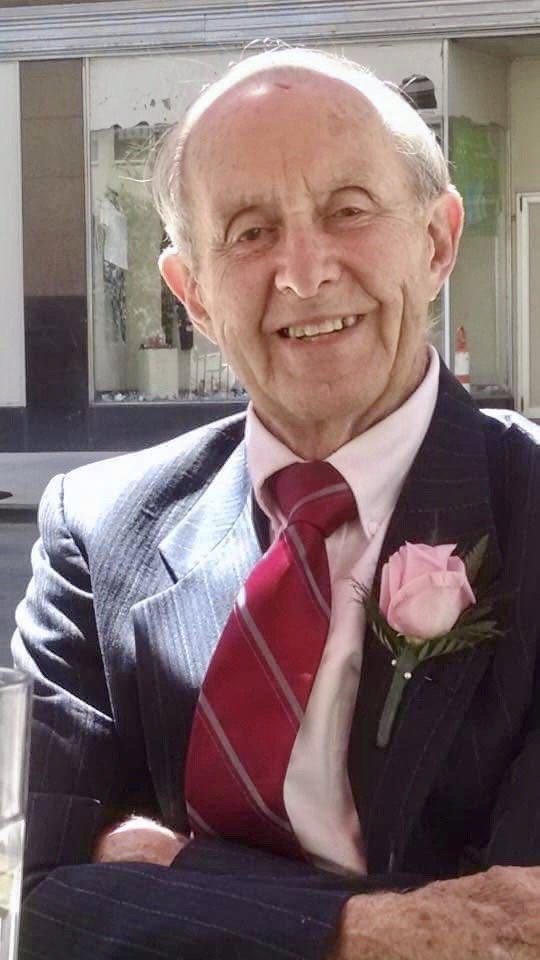 Obituary of Robert Manley Button I

He served as an Army staff sergeant in the Second Infantry Division of the 38th Regiment. He held the Infantry Combat Badge, Korean Service Ribbon, two distinguished unit citations, two Battle Stars, and the Bronze Star. He flew to Washington D. C. in 2018 as a Korean War Honor Flight recipient, accompanied by his son Robert II.

He attended Syracuse University on the GI Bill, where he obtained a degree in business administration in 1957. He worked as an accountant for Continental Can, before becoming self-employed, running various businesses throughout his career. He was a longtime fitness enthusiast, who worked out daily up until the last few months of his life.

Perhaps what will be remembered most about him, was his selfless dedication to his family. In fact, at any family gathering, be it a Sunday brunch or a milestone birthday celebration, Robert was behind his camera capturing candid moments. Hundreds of treasured family moments have been documented through his many years of photography. What will be remembered more, was the smile behind the camera as he looked upon the beautiful family he cherished.

An outdoor  service  will be held at McLean Cemetery, in McLean NY, on July 5th at 2pm.

In lieu of flowers, donations can be made to the Jimmy Fund.

To send flowers to the family or plant a tree in memory of Robert Button I, please visit Tribute Store
Print
Sunday
5
July