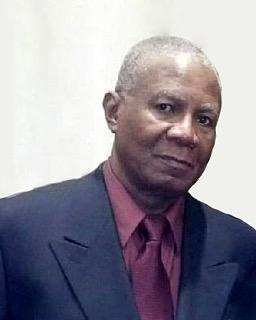 Obituary of Cassie A. Reid

Cassie Alexander Reid 72, of Brooklyn N.Y. passed from this life into his eternal rest on Wednesday, April 15th 2020 at Upstate University Hospital in Syracuse, N.Y.
Cassie was born on June 14th 1947 to the late Ivy and Robert Reid in Belmount, St. James, Jamaica WI. Cassie was fondly known as “Alec or Alex” by his family and friends.
Alex is survived by his wife of 34 years Dawn Thompson-Reid, his children Patrice (Gary) Samuels, StaceyAnn (Ed) Kosarin and Craig Reid.  Alex will also be fondly remembered by his four grandchildren Brandon, Gabrielle, Bianca and Breanna and by his siblings Egbert Campbell, Almena Reid, Paulette (Gladstone) Richards. He is predeceased by his brother Elva Campbell. Alex will also be forever remembered by his and numerous nieces, nephews and extended family and dear friends.
During his formative years, he attended Madahess Basic School, Anchovy Primary School and Harrison Memorial High School in Montego Bay. He was very active in church from an early age. He taught Sunday school classes, lead the young people’s choir and occasionally preached. Later in life, he was an intercessor at church and for his family. Alec learned how to drive at an early age and he taught most of his friends and family how to drive.
After graduation, Alec’s first job was with Vandell Shoe store in Montego Bay. Shortly thereafter, he was offered the managerial position at the competitor shoe store, Bata to manage their branch in Santa Cruz, St. Elizabeth.
During the early 80’s Alec migrated to the US in search of a better life for his family. No job was too small for him to do to provide for his family. Eventually he work with the Laborer Union and eventually the Masonary Union from which he retired.
Cassie loved and cared about his family and friends. He was a loving husband, devoted father, brother, grandfather, uncle and a loyal friend. He was everyone’s favorite brother and uncle and will be greatly missed.
Farther along we'll know all about it
Farther along we'll understand why
Cheer up my brother live in the sunshine
We'll understand it all by and by…..
REST IN PEACE

To send flowers to the family or plant a tree in memory of Cassie Reid, please visit Tribute Store

A Memorial Tree was planted for Cassie
We are deeply sorry for your loss ~ the staff at A. Dewitt Memorial Funeral Home
Join in honoring their life - plant a memorial tree
Print
Share A Memory
Send Flowers
Plant a Tree