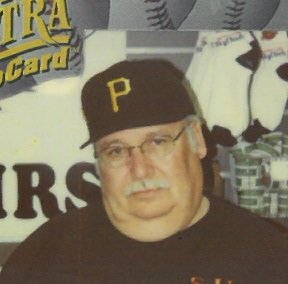 John mentioned many times how much he enjoyed growing up with both his cousins in Connellsville, PA and his siblings in Springfield, VA. He graduated from Robert E. Lee High School in 1962. After High School he joined the United States Army in 1963 and served as a mechanic. He spoke of his love for his time in Germany and the surrounding countries he visited. He completed his term of service in 1969. He would meet his future wife Cynthia Fiore (Divorced) in Florida, then settle in Syracuse, NY and would have 5 Children: Tara, Wendy, Patrick, Michael and James.

John loved his children and shared his love of airplanes, history, classical music, traveling, picnics and sports-especially baseball. He loved the Washington Redskins and anything Syracuse related. He spent many years working at MacArther Stadium during the Syracuse Chiefs games so he could be apart of it. His son Patrick remembers going out on the black top during an airshow to get a special showing of the Concord on one of its last flights. Michael & James remember the time he spent being there during their baseball games and serving as an umpire. Tara would share her experiences studying abroad.

On two occasions he brought his children on a road trip from Syracuse, NY to Tex-arcana, AR to Raleigh, NC and back again. Many of his children would carry on that same travel bug.

John worked for Miller Brewing Company and after its closure, at the airport working for JV Car & Son then Mohawk Customs working as Warehouse Supervisor & Customs Broker. Later in life he would finish his career working with Catholic Charities as a driver.

He is survived by his Mother Dorothy Godek, brothers Andrew and Barry.

John will be laid to rest on Onondaga Hill at the Veterans Memorial Cemetery with military honors.

Special Thanks to Loretto Sedgwick Heights Assisted Living & Cunningham Skilled Nursing Staff for taking such great care of Dad. Veterans Hospital of Syracuse, Pastor JD Freer of North Wolcott Christian Church. And Jan Maloff of A. Dewitt Funeral Home for taking care of our Father and family while we say our last goodbyes.

To send flowers to the family or plant a tree in memory of John Godek, please visit Tribute Store
Print
Monday
20
January